Who is behind Ofita Design?

Previous Next
Who is behind Ofita Design?

For the design of its furniture, Ofita has always collaborated with internationally recognized designers. Many of the products created by these designers have received design awards. Since we opted for professional design, our furniture has become market leader. We work and collaborate with architects and engineers to develop solutions tailored to each project.

Antoni Arola, an interior and industrial architect, studied at the Eina School of Design in Barcelona. In 1994, he decided to create his own studio, Estudi Antoni Arola. He received the National Design Award in 2003, the Delta Silver Award four times and in 2012 he won a Red Dot Design Award.

His collaboration with Jordi Tamayo for Ofita resulted to the Fresh program, iSurf, table with incorporated technology and MEET UP! for collaborative spaces.

His interest in disciplines related to the world of design led him to study at E.A.A.O.A. Llotja of Barcelona. In 2008, he set up his own studio. He designs and collaborates for projects of interior architecture and products.

He also teaches at Universities of Design in Barcelona such as Eina, BAU, Elisava or IED.

He was born in Tokyo, where he graduated in Science and obtained a Master’s degree in Aerospace Engineering. He created Isao Hosoe Diseño where he devoted himself to professional design. He has taught and studied in several major European universities.

Among the international awards, he has received the gold medal at the Trienal of Milan, the Good Design Award in Tokyo and the Ataneo of Chicago on 6 occasions.

His great creation for Ofita is the Iroha work chair.

Perry and Santiago, founders of King & Miranda Studio, are a duo of designers who have worked together for more than three decades. Perry studied Integral Design and was a consultant for Olivetti in Italy. He has also taught at universities in Milan, England and Glasgow. Santiago, for his part, received the National Design Award. 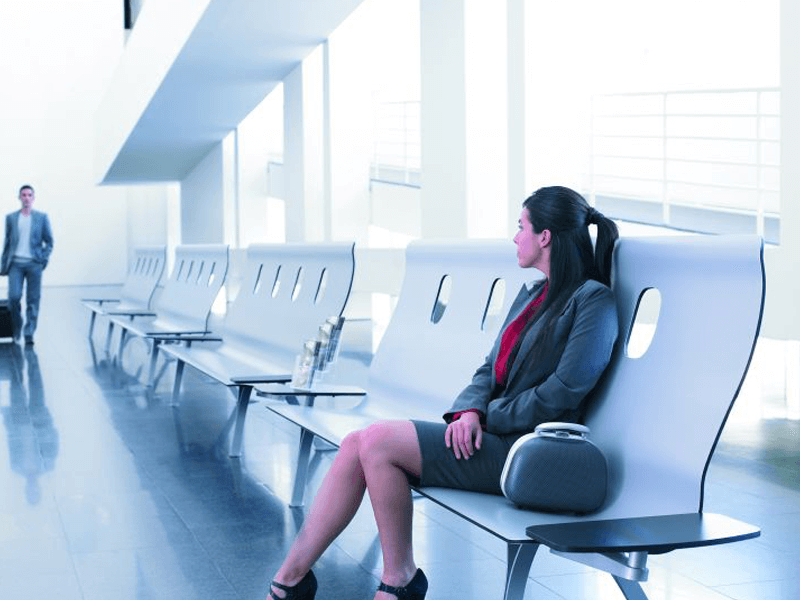 Josep Lluscà is an industrial designer trained by the Eina School in Barcelona where he was also professor of the Product Design department and member of the board of directors.

Thanks to the diversification of his projects, he has worked in several industrial fields such as lighting, packaging, applied electronics or urban equipment.

Among its awards are the Silver Delta and the 2003 National Design Award. In collaboration with Jordi Tamayo, he designed for Ofita Fresh program and Meet Up! the collaborative spaces.

He has worked in several engineering studies and technical offices. He became an associate and director of the industrial design department at Spiral Comunicación.

In 2003, he founded the AGV studio dedicated to the development of projects of integral industrial design, with an emphasis on workspaces and street furniture.

Among his creations for Ofita, we have Itaida chairs but also Mimosa for offices and public spaces and the range of Mizar.

Fusion of Alberto Lievore, Altherr Jeannette and Manuel Molina, in 1991 was born the studio. The studio focuses primarily on product design, consulting and artistic direction in various companies.

Lievore Altherr Molina received national and international awards such as the National Design Award of Spain in 1999.

For Ofita, the studio designed the Equis table, the O.X. program and the Nexa office chair.