Previous Next
Madrid, place to the International Facility Managers Meeting, sponsored by Ofita

The International Congress of Facility Managers CIFMers took place on 28th and 29th of September 2016 in Madrid. Ofita showed its support to this profession as sponsor of the event. 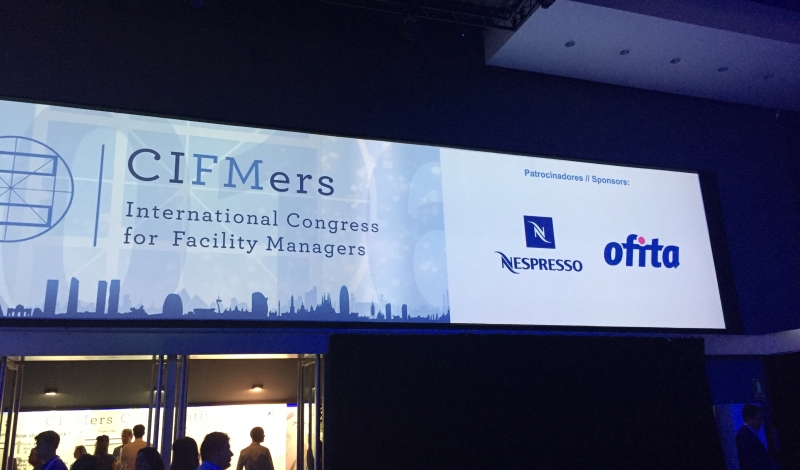 The conference was held at the Goya Theatre in Madrid and was attended by over 400 people and 20 speakers, including Martín López, Commercial Director of Ofita.

Eduardo Ranz, from Dentix, opened the conference and spoke of the integration of purchases in the relationship with suppliers and Facility Manager. For his part, Borja Fernandez of Iberdrola explained the process that led to develop a model of Global Facility Management. José Luis Casero, from the Association for the rationalization of working hours in Spain spoke about the relationship between work hours, conciliation and productivity.

On more technical matters, Martín López, Commercial Director of Ofita, presented the study “More Than One”, which collects data on the use of workspaces and a vision of the office 3.0 “collaborative, flexible, connected and informal “. Rosa Esteba, from IBM, and Luis Morejon, from CBRE, shared their experience as partners in a relationship for more than 25 years of collaboration and growth. Jordi Cochs, IFS CEO of ISS, spoke of people as the center of FM services. 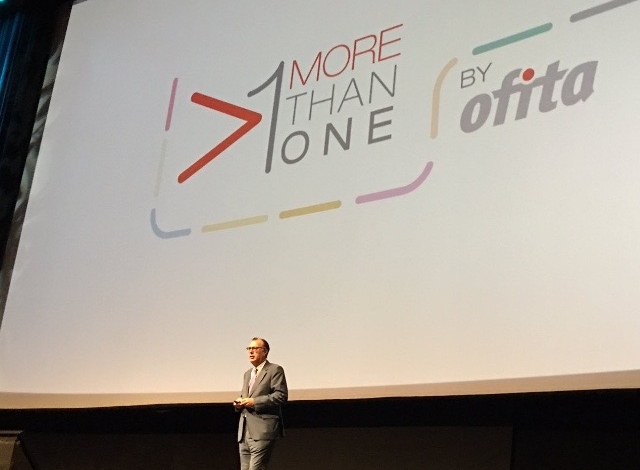 The speech of Pekka Matvejeff, President of EuroFM, opened the second day of the congress with a reflection on the personal skills that will be needed in 2020. Then the first part of the day began with a jury composed entirely of women and hosted by Lorena Garcia Espada, International operations Director at FMHOUSE. Gemma Gonzalez, of Konnectare, spoke about the organizations of the XXI century and Marta Sevilla, Xerox Workplace manager, explained the adaptations of the company workspaces to the challenges of today and the future tasks. Julie Kortens, president of BIFM, encouraged participants to go beyond a simple contract and create a true partnership.

The second part of the day focused on the concept of “Knowledge-Conocimiento” presented by Duncan Waddell, president of Global FM. Mike Viskovich, from Keysight Technologies, explained how he did to support, with the FM department, creation a new company in record time. James Monighan of SmartThings presented possible future scenarios that will require a significant adaptability. David Martinez, Director of GLOBAL CIFMERS, spoke of the need for people to be at the center in FM design models.

The concept of “Innovation-Inovación” was the next topic. Richard Keanne and Liam Roe, from Cummings, presented the project “Environmental Champions” performed by all staff in achieving the company’s sustainability goals. Matthias Rudolph, from ABK Stuttgart, presented his project “Spacesharing” it is about giving utility of underused spaces for benefits to the urban level.

The presentations ended with the concept “Inspiration-Inspiración”. Peter Baumann, from SAP, explains how to achieve an efficient, participative and creative workspace design. Bas Van Rijn tells how to be Facility Manager of a building like The Edge, where coffee and even paper dispensers are connected. Finally, Edward Ehlers, head of the largest FM LinkedIn Group (FMP), invited the public to forget the concept “Business is business” and replace with “Business is personal” when actually meet colleague’s profession.

Ask the Millennials are FM Games

During the conference, various activities such as Ask the Millennials have occurred. Five Millennials dedicated to FM in different countries took place on stage to answer questions from the public. In addition, FM Games were held throughout the week. Three groups of students visited various buildings in Madrid where they made tours and received training in order to develop a project to compete for an entry for the 2017 EFMC.

For Ofita, it was a luxury to participate in this International Congress and to share experiences and reflections with some of the leading Facility managers of the world.